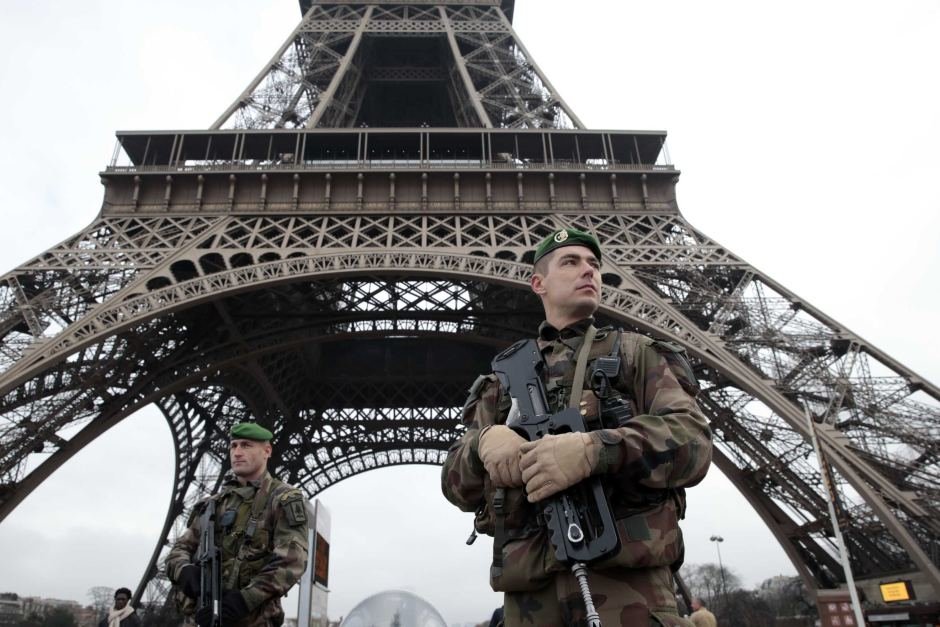 Please don’t say things like, “I stand with France,” or “Those poor French people, victims of that attack!” unless you’re prepared to say and do the following things:

Stop saying “Islam” is about peace and love. It’s not. It’s about submission; the people who really get this are the ones who launch these attacks in the name of their religion.

Stop supporting politicians like Obama, who insist that Islamic nations like Iran have our same fundamental values and can be trusted with billions of dollars in unfrozen assets (Obama’s treaty), and who don’t mean what they say when they want to wipe Israel off the map.

Stop saying we don’t really need a strong military and we cannot, under any circumstances, use the full might of our military arsenal to do things to stop militant Islam in its tracks, to quite literally scare the Allah out of these people.

Unless or until you start to rethink your stance, you have no business expressing compassion towards the victims of people in attacks whose perpetrators – knowingly or not – you aid and support via your positions.

The president of France calls the attacks in Paris by militant ISIS supporters an “act of war.” Excuse me? Haven’t we been at war since at least 9/11? Even going back as far as 1979, when the first openly organized Islamic government, Iran, took Americans hostage and brutalized them for a year before setting them free?

We’re not supposed to admit we’re at war with Islam. But Islam has been at war with everyone else for decades now. And it’s not going to stop.

I am so sick of people saying, “We can’t fight terrorism with violence. We have to understand them and figure out what makes them act this way.”

Envy, brutality and collectivist/social/racial hatred are what make them act this way. They’re not going to change, and they’re not going to stop. By trying to appease and understand them every chance we get, they interpret this as weakness, because it is, from their point-of-view. They respond with more brutality. They’re not ever going to stop, any more than Hitler and the Nazis would have stopped if, instead of taking them on directly, we had said, “Let’s try to understand them.”

You cannot defeat a morally certain enemy without moral certainty. But we do not live in an age of moral self-assertion. It’s considered mean, unkind and politically incorrect.

You do not have moral certainty if you keep insisting that your enemy really does not mean it.

Stop waiting for the “moderate” or life-loving Muslims to come out of the closet and morally condemn their violent brethren. These moderates are nowhere to be found. Either they do not exist, or they’re too weak or frightened to take on the people who do these things in the name of their faith-based philosophy.

Obama has stated that these attackers do not share certain basic, universal values with the rest of us. But Obama is the one who insists we cannot really fight terrorists because they operate underground, without state-sanctioned armies, and the like. Obama is the same one who gave away America’s credibility and unfroze billions in assets to the government of Iran, the one actual government known to sponsor and morally support Islamic terrorism around the world. What business does he have expressing outrage and horror? He might as well be on their side. Because he makes life easier for them, through things like this insane treaty he rammed by the Congress.

So before you rush to show others how sad and angry you are about what happened in Paris, stop to think of the ideas, attitudes and elected officials you’ve been supporting.

Ideas have consequences, and if you support the wrong ones, this is what you get.